Accessing Your Mystical Mind: The Path to Mastership

Sometimes I look back on my life and laugh at how little I knew at a time when I thought I knew it all . . . or almost all! Today, I want to share a story with you that has to do with my introduction to the alternative healing modality known as reiki, even though I can almost cringe at the very thought of my own arrogance! 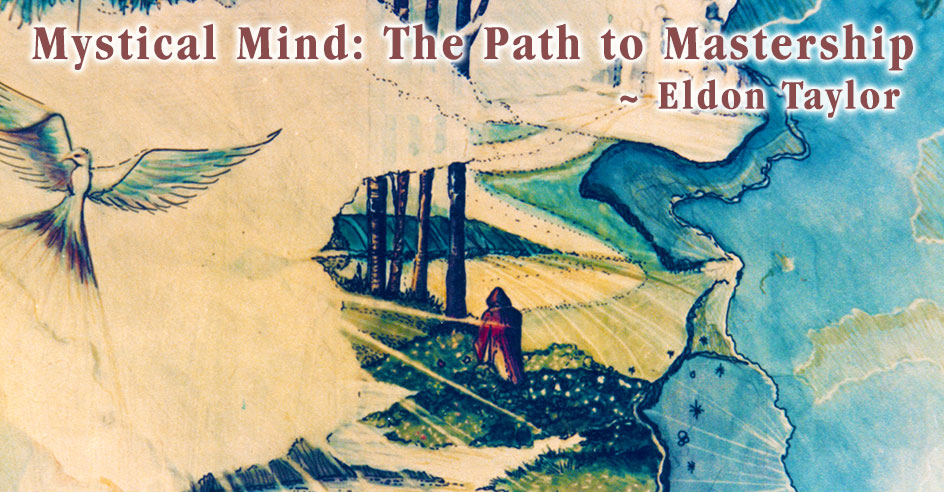 I first encountered reiki while I was studying hypnosis and psychotherapy, so you would think that I would already be open to alternative therapies. However, you have to realize that my introduction to hypnotherapy came from a visiting lecturer when I was working at the Leicester Royal Infirmary’s Public Health Laboratory in the microbiology department, and as such it had the quasi endorsement from this very scientifically based establishment. I was also a very practical, down-to-earth kind of person, who loved the scientific method—it was only true if science could prove it to be so! However, I found this lecture totally fascinating and decided to study the mind further by enrolling at the National College of Hypnosis and Psychotherapy, and it was during this time that I decided to attend my very first mind/body/spirit expo.

As I toured the exhibition hall, I was amazed at many of the things I saw, but nothing compared to this one booth where a woman was holding her hands up, about six inches away from her subject. She moved her hands around, always maintaining about the same 6-inch distance, while her assistant explained that she was manipulating the subject’s energy field and that this would be a healing experience. It was bad enough when I learned that for £50 pounds she would heal me too, but I have to admit it was all I could do not to laugh out loud when she said that for £75 I could do this too. I am sorry, but for my young, science-loving mind, this was just too ridiculous!

When I first moved in with Eldon, I saw that he had a number of crystals laying around, so we discussed them a little. He showed me a crystal wand he had made and attempted to demonstrate its power by waving it over the palm of my hand. I felt nothing! Now, this was Eldon talking to me about this, so this time I wasn’t going to laugh at it, but I also wasn’t such an idiot as to think there was anything to crystal healing. (I did tell you I am now embarrassed by my arrogance!) The best I could do was agree that there are some very beautiful crystals and it would be lovely if they had some mystical healing power, but I just didn’t believe that they did.

About 10 years later, my husband came home with our two sons, who were both excited as Dad had agreed to help them build their own crystal wands. Being a good Mom, I decided to join them in this art project, and we all trooped off to the lapidary store to purchase the crystals we would use. Eldon really wasn’t much help, either with selecting the crystals or providing guidance with building the wands as he just kept on saying, “Do whatever feels right to you!” 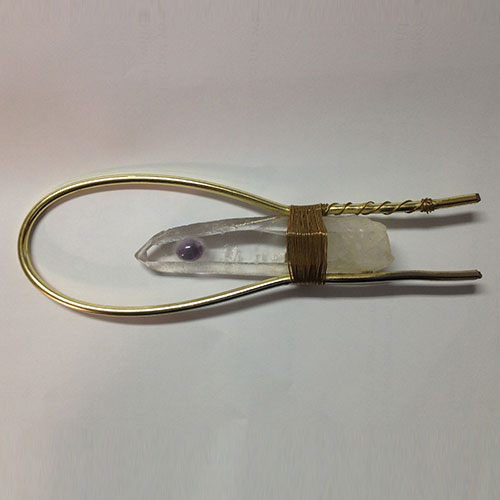 Well, we built our wands and I have to admit that mine looked very pretty, but then I put it aside. However, not that long afterwards, Eldon comes up to me one day and says he is concerned about a growth on his face and that, as I am a healer, I should use my wand on it. Inside, I could only think, “You what! You must be crazy!” However, I had had enough experiences with Eldon by this time, that I would try anything. Holding the crystal a couple of inches away from this tiny zit that I couldn’t even see, I tried sending healing energy to it—feeling like a total idiot while I did so! We tried this for about a minute and then I gave up. About an hour later, Eldon came up to me and said, “I don’t know what you did but it is really irritating me now.” What could I say—I had no clue! The following day he came up to me and informed me that the zit had simply fallen off. But as I said, it was so small that I had been unable to even see it in the first place, so I had no way to verify this.

Some more time passed and one day I was about to go to work when I saw my wand lying on my home file cabinet. I had been experiencing some joint pain in my thumb and in my wrist and was a little concerned that my rheumatoid arthritis was coming back. (I had cured myself of this about 7 years earlier, but that fear was still pretty strong!) ‘What the hell,’ I thought and tried the wand on my thumb—once again waving it a couple of inches from the sore joint and picturing healing energy for about 30 seconds. At work, about an hour later, I realized that the thumb joint was even more painful, and then later in the afternoon I realized that the pain had gone. Interesting! The next day I didn’t treat the joint again, and it was decidedly sore. The following day I treated it again and the same pattern occurred—about an hour later the pain had intensified, and about 2 hours later the pain had gone. Day 4 I did no treatment and the pain was back. Day 5 I treated my thumb again and the pain went away. Days 6, 7 and 8, I treated both my thumb joint and wrist and by the evening of day 8 the pains had totally gone, never to come back!

In the years since, I have used my beautiful crystal wand numerous times for different joint pains on myself, and I have had a 100% success rate. However, I have used it a little on other people, or on myself for different conditions, and I have not seen such startling success. Is this to do with the condition being treated, the fact it only works on me or that different conditions require more treatment? The truth is, I still have no idea and I would need a much (much) larger sample group to come up with any scientifically based conclusions, but that does not stop the story from being most intriguing.

Mystical Mind: The Path to Mastership

This is really just one of many stories I could share since I first met Eldon. Some of the experiences have just happened spontaneously, and others have happened as I have practiced different exercises he has taught me. I have experienced numerous mystical events, some telepathic moments, one astral projection, some weird warnings that arose from within my being, and I have totally lost count of the number of times I have accessed a higher inspiration. Eldon used to teach classes in accessing the mystic within, but time does not allow for that these days. However, he has included many of these kinds of teachings and exercises in his incredible Mystical Mind: A Path to Mastership library. This library is valued at over $500, but as this newsletter is all about training the mystic within, we are putting it on a limited time special offer for just $198. This deep discount price is good for either the physical CD library or the downloadable MP3/PDF libraries. Downloading the course means there are no shipping fees, no import duties for our International customers, and you can start your special course of study right away!* Learn more about it here.

Please note: Mystical Mind is a very extensive, detailed course. The physical product consists of 21 discs, two books, and a workbook—hours of exercises and meditations designed to explore and fully awaken mind, body and spirit—five years in the making and a lifetime of study. While we do offer it in downloadable MP3/PDF format, this does mean that it is a very large zipped folder with 32 individual files. We highly recommend that you download it to a computer and then transfer the individual files on to your preferred devices. Please also be sure to only attempt the download when you are in an area with good Internet service.) Get your copy here.

We have all experienced spontaneous incredible events, but with careful training, it really is possible to increase this frequency! Why not try it for yourself!

Please note: this is a limited time special offer that
expires at Midnight on Monday, August 17th, 2020.