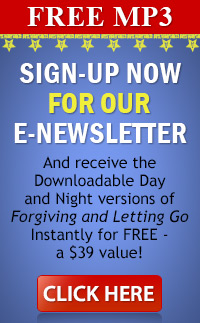 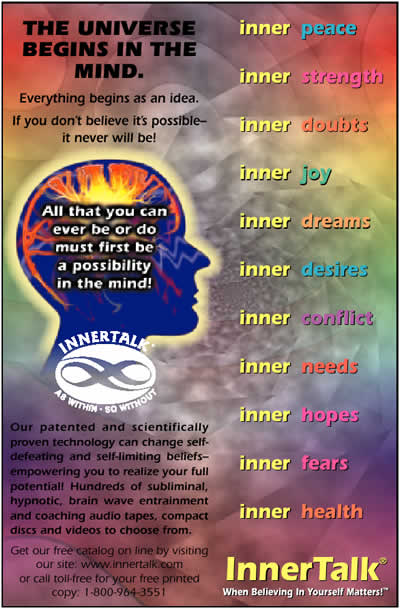 Your mind is incredible. The brain has been compared to a computer in a sort of bio-computer analogy. The analogy has power--but it is an understatement. Science has discovered many of the hard wired connections that appear to give the brain/mind so much control over the body (health, wellness, longevity, youthfulness) and our destinies in terms of success, learning, wealth and prosperity. In fact, it seems like it must have been the dark ages when people doubted the role of the mind in creating their lives. Still, what we have discovered is only the tip of the proverbial iceberg.

There are many estimates by experts regarding the brain/mind. Most agree that at least three relevant observations are true:

1. Somehow the mind can alter and control even things formerly thought to be a matter of DNA. (Example: multiple personality studies have shown eye color changes as sudden as the personality switch).

2. Only approximately 10% of the brain's ability is tapped by normal people. The remaining 90% can be likened to an unused muscle--atrophied.

3. There is no law of limitation except that which is self imposed. Most have literally been programmed, like a computer, with what computer people term GIGO (garbage in, garbage out). That is, they have been subjected to repeated messages teaching self doubt, fear, anxiety, etc. This programmed language of limitation has become their life script, their expectation, and therefore most of their reality.

The mind is the ultimate frontier. Your potential is probably yet unrealized. Our business exists to facilitate you in realizing your personal best. That's why we say, "InnerTalk, when believing in yourself matters!"TM

It's easy to make a claim. We have put our technology and products to the test. Independent researchers at leading universities, such as Stanford, have studied our work. In the most rigorous of scientific research designs, the double blind study, our programs have repeatedly demonstrated their effectiveness. From Weight Loss to Attention Deficit Disorder (ADD), from stress to depression, from learning to examination anxiety, and more, we have demonstrated our ability to facilitate your mind power.

Listen to Eldon's interview with Dr Cristian Enescu, a neurologist who uses InnerTalk programs in his own practice and to improve his own life.

InnerTalk allows you to reach your true potential with absolutely no effort on your part!

We know that even if you have the best opportunities available to you, this does not necessarily mean that you will succeed. Why do some people succeed and some do not? Many people become their own obstacles to success with negative inner talk and beliefs. More . . .