One of the things I’ve learned is that it doesn’t matter how obscure a problem is, or how insignificant the problem may seem to others, the only thing that really matters is the significance of the issue to the individual. When you find the solution for your own particular life-challenges, then your world improves—it is that simple. Self-improvement is not about becoming the ideal person according to the opinion of others, it is about overcoming restrictions in your own life and moving firmly onto the path that you choose to be on. 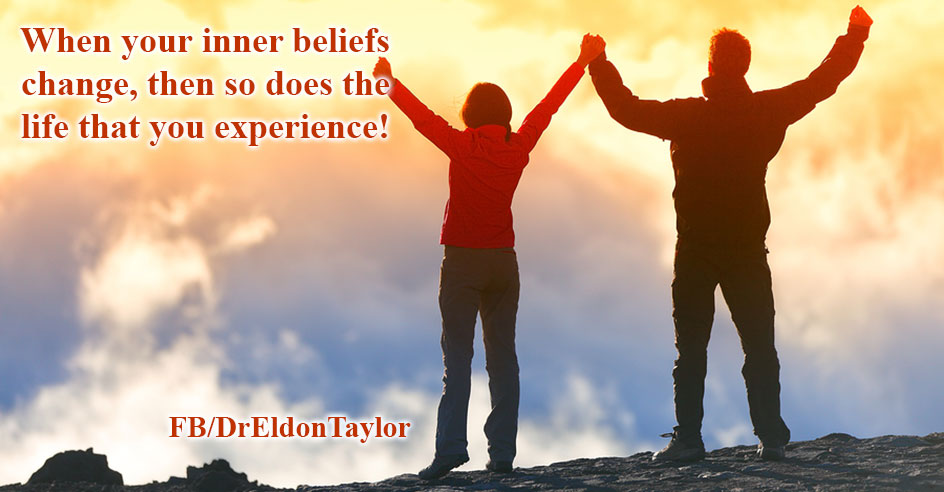 The vast majority of people discover InnerTalk as a result of looking for a solution to a specific problem. These problems can range from the most common, such as Weight Loss, Accelerated Learning, Intimacy and Relationships, Stop Smoking, Accelerated Healing and Sleep Soundly, to the not-so-common, such as Joy of Work, Freedom from Profanity, Releasing Guilt, Freedom from Video Gaming Addiction, End Stuttering and I am Mellow.

I myself have been working with InnerTalk since 1990 and have experienced benefits in many different areas. However, today, I want to share with you some of my experiences that were not quite as expected—sometimes the benefits of InnerTalk can be quite surprising.

Eldon first created his OZO programs as a result of feedback we were receiving from customers who wanted a more experiential kind of program. There was also a demand for a program with more of an ‘after-burner’ kind of approach—these customers wanted something that would really push them into action as the more common, gentle and supportive approach was not forceful enough for them. Eldon’s OZO creation didn’t disappoint!

When it comes to the OZO programs, I have learned that our customers fit into two categories—those who love OZO and think they’re the best thing we’ve ever created, and those that heartily dislike its pushy approach. As a general rule, I fall into the second category! Generally it’s the highly competitive sports or business person who likes OZO but I’ve also been surprised many-a-time by people I wouldn’t have expected to fit into the category of liking OZO.

But, back to my own story. One day we had a new batch of OZO CDs that needed to be listened to for quality control purposes. Now, just to fill in some of the details, I must have gotten out of the wrong side of the bed that day as I was feeling particularly cranky and out of sorts. My confidence level was low and my organizational skills were decidedly lacking. This was not the best state of mind to be in when I had a number of employees counting on me to get them organized and motivated. I put on the OZO Health and Healing program, closed my eyes and put my feet up. Twenty-five minutes later I was back on my feet, feeling like I could tackle anything that life threw at me. I was full of energy, bubbling with self-confidence and in a frame of mind that made it really easy to get everyone organized and productive. I had not played the Health and Healing program because of any health issue—health wise I had been feeling in perfect condition. I would never have chosen this program as a tool to get me re-energized and enthused, but that’s exactly what it did. These days, I generally don’t have time to use head-phone programs, preferring instead to play the InnerTalk subliminal programs as I go about my day, but whenever I need that immediate boost, OZO Health and Healing is now the program that I turn to first.

We all have jobs that we are not keen on doing and can therefore procrastinate on. At one point, I had a mega-urgent task that needed handling—a government tax form. I don’t know why I kept putting this task off as I have handled lots of tax forms, but this particular task was defeating me. It had been at the top of my super-urgent pile for months! Something must have guided/prompted me because, several months of delaying later, I decided to play Eldon’s Strategic Planning and Peak Performance program all night long while I slept. This program is really designed for people working on longer projects that require a lot of organization skills, and it works great for providing the motivation necessary to see these projects through to completion. Choosing to play this program at night was particularly strange, as I would’ve expected this program to be too high in energy to allow for a peaceful night’s sleep. As it turned out, I slept like a baby. In the morning I woke up refreshed, went downstairs to my home office and, within 20 minutes of getting out of bed, this tax form was completed and ready to mail! These days, Strategic Planning and Peak Performance is my go-to program when I have tasks I need to complete. I particularly like the way that I can be productive in whatever period of time is available to me—even those last 15 minutes of the day when we normally think there’s no point starting anything new.

Sleeping Pets to a New Car

Over the years, I have heard lots of interesting stories from our customers as well. I have heard about unexpected gifts including vacations and even a brand new car as a result of people playing Prosperity and Abundance. One customer told told me about a parrot who fell asleep whenever Sleep Soundly was played, and several customers have reported their pet dogs would calm down whenever any InnerTalk program was played. One customer called me up very excited because his psychic abilities had opened up after he played Using Both Halves of the Brain. This program is designed to bring out the artistic side in those who are very left brained, or the logical side in those who are predominantly right brained. It is not designed for psychic abilities but he claimed he could now see auras as clearly as he could see anything. I can only assume that this program provided him with that one missing piece that allowed him to access abilities he had just below the surface.

Do you have any interesting experiences with InnerTalk? If so, I’d love to hear of them. And if you’ve not tried them before, I urge you to give them a try. One thing I know for certain is that, when your inner beliefs change, then so does the life that you experience! Click here and browse the vast range of titles available.

P.S. If you enjoy these newsletters, please remember to share them with your friends and family. There are easy share buttons at the top of this newsletter. Please also be sure to friend me and Eldon on Facebook as we both love interacting with you all. You can also find us on Instagram (Ravinder, Eldon), Pinterest (Ravinder, Eldon), and Twitter (Ravinder, Eldon), plus, you can read (and subscribe to) Eldon’s regular blog here.

← Our Most Popular Titles | An Accelerated Approach to Self-Improvement →