Man has been searching for the elixir of youth since time immemorial. The ancient Chinese would ingest precious substances such as jade, cinnabar or hematite in the belief that this would confer some longevity. Unfortunately, many of the substances explored were actually toxic. While these solutions may seem ridiculous to us today, the question of how to stay young remains a top priority for many. 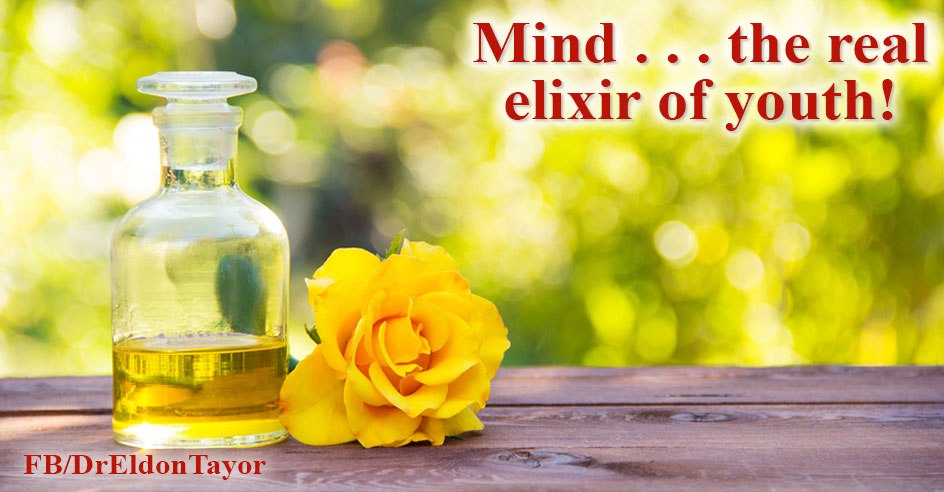 There are of course many advantages in getting older—for one, you get to watch others grow up and mature. I know I have enjoyed watching my friends and colleagues as they progressed through life, moving through their single lifestyles to marriage, kids and then grand children. And the pattern just continues with the next generation growing in the same way. There is great beauty in the flow of life—much joy to be gained from observing someone’s life unfold.

Some years ago now, I played around with ‘time travel’ in my meditations. I had learned about and used age regression in hypnotherapy, so I wanted to see what I would find if I tried progressing forward in time. One of my observations actually surprised me. I suppose I had thought, when interacting with those little old ladies who used to come into my Dad’s post office to get their pension checks, that the slightness of their frames was a reflection of their true being. Some of these old ladies were so fragile they looked like a small gust of wind would blow them away. However, when I looked at these same people in my mediation I discovered that their essence, soul if you want to call it that, was far from frail. In fact, their life experience and the wisdom they had gained had resulted in the creation of an energy force that was bigger, stronger and more beautiful than the strongest, healthiest person in their 20s and 30s.

We tend to think of a person as being in their prime when they are in their 20s. We equate beauty with the young. We often talk about how smart young people are. In many ways, most people act like they are color blind, only seeing and appreciating certain colors and refusing to see others. So we find great beauty in the young and totally miss the astonishing beauty and strength in older people. And, in doing all of this, we build an expectation caricature of ourselves as a feeble old person and then get to work fulfilling this prophecy.

Age is Just a Number

I love getting older, but I refuse to become a cartoon version of my older self. Age really is just a number. I love hearing about:

But incredible achievements by older people are not limited to physical activities:

What this shows us all categorically is that age is just a number and the only thing separating the enfeebled old person from the active, healthy, person of the same age is attitude. When you think that old age means slowing down, then as you approach old age you simply stop trying to go as fast. When you think that old people just lose their marbles, then you have primed yourself to slow down your thinking ability. When you think that only the young are beautiful, then you stop maximizing the beauty that you have (or you resort to dramatic means such as the extensive use of cosmetic surgery, which is just another way to deny the beautiful person you already are).

InnerTalk is all about priming your attitude and inner beliefs. You cannot eliminate aging, but you can eliminate the degeneration many associate with it. When you change your beliefs about aging, your actual aging process will change. If the individuals mentioned earlier could start on achieving new goals when they were in their 70s, 80s and 90s, then what can you achieve if you were to start now? 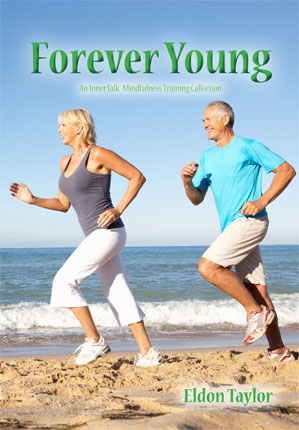 Eldon and I both use the programs contained in our Forever Young album and I think we are doing pretty darn good!

For greatest ease and flexibility of use, all of the subliminal titles come in the nature format only. Click here for more details.

Give yourself the gift of staying forever young, fit and healthy!

← The Art of Younging | Reclaim Your Inner Power: Ultimate Self-Esteem →