Today, I would like to discuss the impostor syndrome, or the idea that if others knew what you know about yourself, that somehow this would diminish or even discredit you. This complex, or syndrome, (also known as impostor phenomenon, fraud syndrome or the impostor experience) is a psychological pattern in which people doubt their accomplishments and have a persistent, often internalized fear of being exposed as a “fraud.”

Many people hold themselves back from success because they fail to believe that they deserve it. As a result they can develop methods to avoid attention and allow those feelings to govern their behavior. 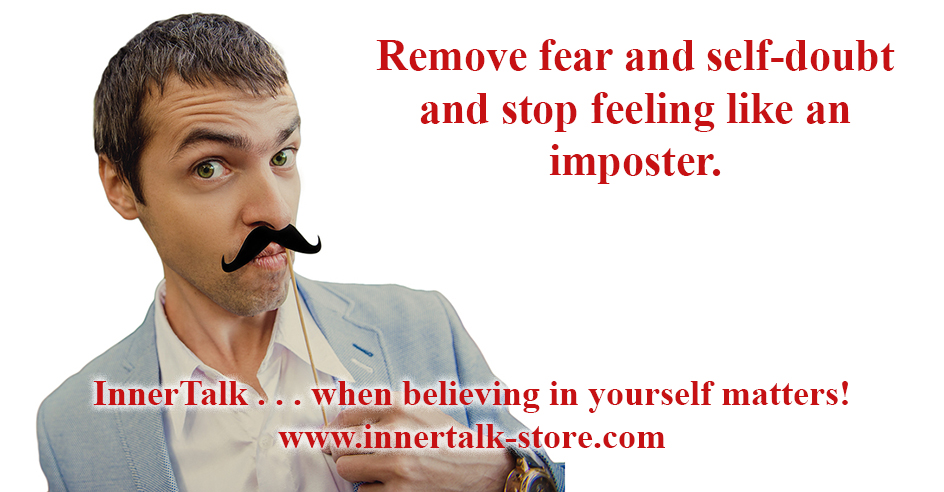 This complex often leads to compensation strategies designed to protect us from being exposed and these compensation strategies can literally be so self-sabotaging in the long run as to destroy our lives. For example, it may seem somewhat harmless to tell stories, or lie a little, to cover ourselves. However these lies accumulate and can become dangerously entangled until one day, when exposed, the world sees that we have become what we feared—a liar and a fraud.

Other defensive strategies may include such behaviors as avoidance, as in staying away from situations or people who might jeopardize our perceived exposure, minimizing our role in actions that may bring about praise, and so forth.

Of course, not everyone who suffers from impostor syndrome really has anything to hide—they just feel like impostors. I know a successful defense attorney who feels like a fraud because he found law school too easy. As a result, he handles many cases no one else wants that are not high profile—small time drug dealers and the like. According to Erica Moss, writing for Trello, “First observed in a clinical setting by Dr. Pauline Clance in 1985, Impostor Syndrome triggers in people ‘intense feelings that their achievements are undeserved and worry that they are likely to be exposed as a fraud.’ They often feel that any success in their lives can be attributed to pure luck or to the manipulation of other people’s impressions.”1

To some extent and in certain circumstances, we may all at times feel a bit like impostors. Whenever we are called upon to do something we consider outside our so-called wheelhouse, the discomfort becomes obvious. So perhaps we’re asked to speak at a PTA meeting about our success as a parent, since our child is doing so well in school. However, we really feel that we don’t deserve that much credit for their success and thus we feel the twinges of the impostor syndrome. Or maybe if you’re a female and have climbed the ladder of success well, you wonder whether it is due to your charm rather than your abilities, or some quota for female leaders within the company, that has really been the reason for your success.

What are we to do about this feeling of guilt—this nagging sense described as the impostor syndrome? Well first, be honest. Be honest about yourself and your achievements. Avoid exaggeration and do not attempt to defend attacks that strike at your so-called weaknesses. If for example you obtained a college degree without finishing high school first, recognize that so have many other people. There is no reason to become defensive over this. Second, normalize the feeling. Understand that it is a state and not a trait. It’s a bit akin to that feeling of anxiety one might get before a public address, just something very normal that many people feel.

Bottom line, understand that fear and self-doubt haunt everyone from time to time. This does not make you a fraud. Your contribution to others is not in any way minimized by your feelings of doubt. As long as you’re honest about who you are—you have nothing to hide. So unleash your potential and be all that you can be!

My thoughts anyway, what are yours?

P.S. If you enjoy these newsletters, please remember to share them with your friends and family. There are easy share buttons at the top of this newsletter. Please also be sure to friend Ravinder and me on Facebook as we both love interacting with you all. You can also find us on Instagram (Ravinder, Eldon) and on Pinterest (Ravinder, Eldon), plus, you can read (and subscribe to) my regular blog here.