InnerTalk: The Proof is in the Pudding!

They say that the “proof is in the pudding,” and today, I want to share a little piece of my own proof with you—this week I had my first solo radio interview! Now, for those of you who tune into Eldon’s Provocative Enlightenment radio show, this may not sound like much of a big deal, but let me explain. 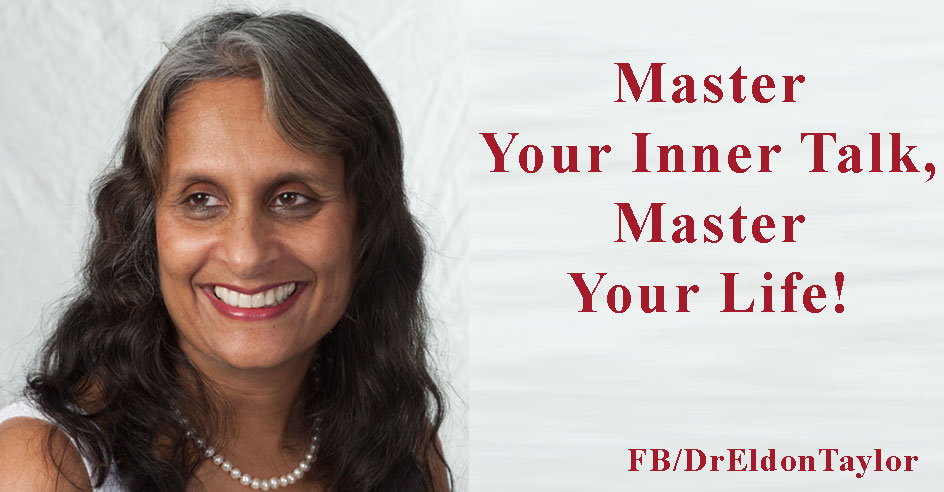 There was a time that public speaking simply terrified me, so much so that I refused to do any. I remember once, when we were in a recording studio prepping for a radio interview that Eldon was to give. The hosts were friends of ours and they suggested that I join in the conversation—“It is just the four of us chatting around the table,” Elaine said. I was so afraid that they would stick a microphone in my face that I made sure that I was sitting at the far end of the room, away from any equipment of any kind.

Now, over the past few years, I have helped Eldon out on his radio show. For those of you who have been listening in since the start, you may be aware that I have progressed from merely uttering a couple of words to actually saying a few complete sentences, generally in response to a quick question from Eldon or to explain the benefits of joining our chat room. However, you should note that our part of Eldon’s radio show is held in his office/studio—a room we sit and chat in almost every single day. Talking to my husband from across the table makes it very easy to forget that we have an audience.

In time, I also participated in a few joint interviews with Eldon with the same hosts I mentioned earlier. For these interviews, rather than being in their studio, our end was carried out in Eldon’s office/studio—so we were in essence using headphones jacked into a telephone to talk to a couple of friends. Also, with it just being audio as opposed to video, I could use very expressive sign language to let Eldon know whenever I was stuck and had no idea how to answer a question. Being the perfect gentleman and experienced radio guest, he would simply pick up the slack for me. His hardest part here was not laughing out aloud at my antics as I silently pleaded for his help!

Then, last year Eldon had planned to host one of his radio shows while he was on the road, and all the arrangements had been made for a private room at Ruby’s Inn in Bryce Canyon where he would originate the broadcast. Unfortunately, car troubles meant he was unable to do this, so I was left with a choice—arrange to re-air a show or host the show myself. Eldon had the show all prepared, right down to the questions he wanted to ask, so if I had to, I could simply read from a script. While that little internal voice first screamed out “No way,” it was quickly replaced with a quiet, “Can I really do this?” And soon the entire internal dialog was changing from, “No way Jose!” to “Why not?” “I hate public speaking” to “Why not just look at Eldon’s notes?” Well, the long and the short of it was that I did host the show, and had a fascinating conversation with Prof. Larry Rosen, regarding his book, iDisorder: Understanding Our Obsession with Technology and Overcoming Its Hold On Us. But remember, I always had a pre-written script that I could fall back on, although I was very aware that it wasn’t long ago that this would have been of very little consolation to me.

Recently however, best selling author and radio host Caroline Sutherland asked for an interview with me alone. Once again, there was an internal conversation/argument that went on: “No way . . . why not? I’m scared . . . what of? I’ll stumble over words . . . everyone stumbles at some time,” and on an on. The biggest hurdles for this interview request was the fact that I had no safety net at all, there was no pre-written script, and I could be asked anything at all! There was one thing in my favor though, and that was the fact we would be discussing ways to eliminate self-destructive patterns, something I have been looking at for the past 3 decades!

The interview, titled Master Your InnerTalk, Master Your Life, aired this week and you can listen to it here. I would be most interested in your feedback!

Of course, this interview had me thinking of all the techniques I have used to get me to this point. The simple fact is, in order to be successful in business you have to be able to speak in public. It was a self-destructive pattern of my own that had me avoiding interviews of any kind—my own fears of making a fool of myself, of not being worthy, of not being smart enough, etc. Over the years, I have used a large number of InnerTalk programs to change my own self-talk so that instead of sabotaging my dreams and goals, my inner-talk would support them. As you can see from some of the internal dialogues I had whenever presented with these kinds of situations, my self-talk did in fact change—and with the new supporting self-talk, I learned to face and overcome my fears and limitations. The titles I would attribute most for this shift in attitude of mine regarding public speaking include:

I have now been using InnerTalk programs for 27 years, ever since I met Eldon. This newsletter covers just one of the areas in which I felt that InnerTalk has changed my life, but the fact is, I could share success stories of this kind regarding a number of different areas ranging from Accelerated Healing to Nail Biting, from spirituality (Opening up to a Higher Power) to Releasing Anger, and from Prosperity and Abundance to Positive Parenting. There is simply so much truth in the statement, InnerTalk: When Believing in Yourself Matters – because believing in yourself ALWAYS matters!

P.S. If you enjoy these newsletters, please remember to share them with your friends and family. There are easy share buttons at the top of this newsletter. Please also be sure to friend me and Eldon on Facebook as we both love interacting with you all. You can also read (and subscribe to) Eldon’s regular blog here.

← Your Self-Help Route: Looking Forwards or Backwards? | Why Real Happiness Eludes You: The Master Secret →